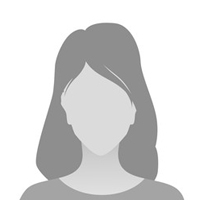 Nasimun Ara Haq was a freedom fighter during the Liberation War of 1971 who fought alongside freedom fighters for 9.5 months. She had also been involved with student protests since 1963 and was a part of the Mass Uprising of 1969. She joined a periodical after graduating with a Master’s degree in 1973 from Dhaka University with a degree in journalism. She became the sub-editor of Dainik Sangbad in 1979 and remained there for 13 years. She was also an Assistant Editor there. She was the senior sub editor and the shift in charge for ten years in the Dainik Janakantha. She was also the editor of two monthly newspapers- Charbela Chardik and Bengal Barta. After retiring from there, she has also been engaged in different literary writings. She is the author of “Recent, Solar Signs and Others” and “Adventurer of the Century: Sufia Kamal.” She was also a member of the Poyalgacha College Governing Board and a former FEC member. She is also a member of the Broadcasting Commission and a member of the NCBP Steering Committee. In addition, she has been a member of the Citizens Initiative On Implementation of Sido and a former member of the Journalist Welfare Trust. Besides journalism, she has been a proponent of women’s rights. She is one of the founders of the Women’s Parishad. She has had important roles as editor of international women’s news and speaker for women’s rights. Currently, she is the Chairman of Bangladesh Women’s Health Coalition. She is the Vice President of the Working Women’s Society and a member of the Women in Media Forum. Nasimun has won the “Top Ten” award for journalism on behalf of BWHC and a Lifetime Achievement Award for Recognition in Women’s Rights and Humanities. She has also been recognized as a female freedom fighter.