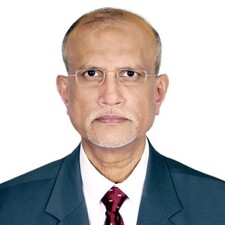 Abdul Karim Shaikh after a distinguished career of 35 years, retired from the banking profession in the United Arab Emirates in Dec 2018. His last position was Senior Vice President and Head of Operations at Sharjah Islamic Bank, UAE. He held senior positions in the banking industry as Project Manager for several systems implementation in the GCC countries, India and Pakistan. His best contribution was the transformation of the National Bank of Sharjah from a conventional banking system to a full-fledged Shariah-based Islamic Banking in July 2002. He has led several projects related to migration from one system to another and headed the Re-engineering of banking processes and products. Played an active role in negotiating with multiple vendors in different fields of banking

Mr. Shaikh has won several accolades and recognition in the UAE and abroad for his outstanding contribution to the banking industry. He was adjudged the Employee of the Year 1996 in Operations Division while in Mashreq Bank in the 90s. Recognized as Best Banker from the UAE-based Bangladesh Business community. He has great training skills and has trained several banking professionals. He was the guest speaker at the Wollongong University in Dubai. He also spoke on Islamic Banking at the Second International Conference on Interest-Free Banking at Addis Ababa, Ethiopia in Feb 2020. He was heading the committee for the Systems and Procedure Manual (SOP) in Sharjah Islamic Bank and has edited and signed off 100+ banking operations manuals. In his last assignment as a Consultant at Millennium Information Solution Limited, he edited and signed several systems Guidelines for users.

In addition to his enlightened banking career, Shaikh is involved in several philanthropic works (e.g. building of houses for the needy in his father’s village in Satkhira, masjid, school, roads, etc.). With his contribution, an Education Fund has been created in BANI-Kushtia, a social organization to educate the poor. During the recent pandemic due to COVID 19, he supported the needy and poor with food, clothing and medical facility, etc.  He has funded the construction of the Lady Teachers’ room in a school in Khartoum, Sudan. He donated 5.5 Katha of land in Khulna city where the ADB-funded Amira Banu Begum Maternity Hospital is built and the community is getting medical facilities with low-cost but quality services.