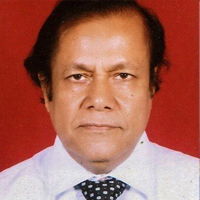 Mr. A. K. Masood Ahmed retired from UNICEF in February 2008. He has actively involved in social work with Rotary and with Retired UN Staff Association in Bangladesh.

Currently Masood is a President, AFUNSOB (Association of Former UN Staff of Bangladesh) as well as one of the Founder Members of the Association. He is a Vice President, FAFICS (Federation of Associations of Former International Civil Servants) (July 2018 – June 2020), Geneva, Switzerland.